As a 60-year-old, I have been received messages from the following sorts of women:

1) Mostly older, mid 40’s and up. That said, they have mostly been quite attractive, with adult children. I think they are believably looking for a man to form a relationship.

2) Younger women in their thirties, with small children still at home, looking for a father for their children. Also many avery pretty, and I can believe that they are willing to give an older man a chance, especially if he can help them leave Ukraine, and hopefully provide a better future for their children. As to the longevity of such a match, I don’t know how optimistic to be. 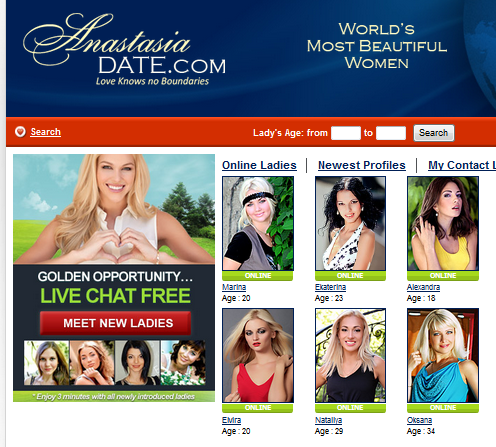 3) Single women in their 20’s and 30’s with no children. I’d be very cautious, and in any case, though I am in excellent health, sexually active, and in a very secure financial position, I wouldn’t think that such a relationship would survive very long.

Out of the hundreds of messages I have received, only one of them appeared to be genuinely written especially to me, by someone who had actually read my profile.

I also share the skepticism of those who doubt the sincerity of the girls on the chat area, though. If I performed a search on a glamorous young gal who was attempting to chat with me, I invariably found that she was not interested in men my age. So why the chat?

I also think that there is considerable interest in leaving (especially Eastern Ukraine), and many girls are willing to do or promise anything to do so. I think one must see clearly that any such relationship is not likely to succeed.

Consider: if you are a 5, I think you would be well-advised to steer clear of 10’s. However, as a Western man, you do offer some advantages. So be realistic, and you might just find a sincere, wonderful 7-8, who would make any spoiled western woman seem like chopped liver.

Finally, as I speak Russian, I don’t really have any problems with talking directly to Russians/Ukrainians, but I was curious about the site.