100%SCAM – as you will learn if you talk to any average guy using the Anastasia system. An extremely small percentage find someone – usually older, divorced with kids – the only ones in need of someone – after they lived by scamming men through their 20’s and 30’s.

I chatted with many, planned to meet 1 in Kiev and 2 others in Odessa who acted like they were all excited and could not wait to meet me (while also going there to attend the socials). So I traveled half way across the world to meet them, and those girls did not even show up. It is really amazing how heart-less they are. – Afterwards I saw 2 on chat again: after inviting me to chat, like nothing happened, one then did not respond again after I asked where she was. The other just continued to say she was there to meet me (when NO-ONE was) – they will say any lies just to keep you chatting and paying them money. 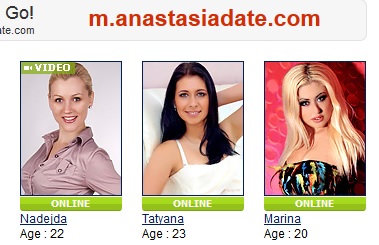 Then the ones you meet there, have you pay a high price to their interpreters which they split up – and take home to their boyfriends. — TOTAL SCAM.

I am surprised to find anywhere a blog like this that allows factual comments – it seems Anastasia controls most of this stuff and smothers the net with their BS – so you cannot get well informed about them — an organization and country with absolutely NO SOUL – which is why they are so BACKWARD – UNDERDEVELOPED. There are many nice people (mostly superficial) and they seem to have some high standards with certain aspects of integrity, but will scam you anyway they can get away with it – thinking nothing wrong about it – it is ingrained in their culture.

I spent a ton of $. This is an amazingly well developed scam – well disguised and very difficult to do anything about – but get informed, and be very exact and unyielding in any interaction with them or the women (most do not qualify to be referred to as ladies, barely should be associated with the human race).

They not only steal your money, time but also destroy your heart — getting PAID TO CHAT AND CORRESPOND with men – saying anything to keep you talking and spending – a nice easy, convenient occupation. The video chat gives assurance to who you chat with but nothing about their sinc+erity, and outside of that, you have NO WAY of knowing with whom you are corresponding – some are paid to represent many different girls. 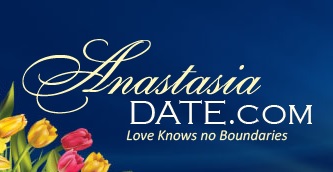 Going there and being stood up – after waiting about 3 hours at the airport, I felt like I was in hell – which I am sure is much like Hell would be – no love / concern / understanding, – where everyone constantly trying to take advantage of everyone else – out for themselves – absolute evil. Though many of the ladies probably do not realize what they are doing – as it is so engrained in their culture.

So this Anastasia organization is performing a huge disservice – promoting, propagating, generating a HUGE amount of corruption and profiting tremendously from it – a major MAJOR SCAM and DISASTER – for all – the young people growing up there as well as the ripped off men.