Are Ukrainian women just selling themselves???

In Ukraine there are many, many young, single women who are desperate to find a wealthy, western husband. If wealth is their first priority, the first question that the young women need to ask themselves is, “How can I be sure this man is wealthy?” In spite of not knowing, or caring for sure, they put themselves out there in not a respectable or, for that matter, healthy way. It really amounts to their being a product to be bought, but probably not be loved

Because they outnumber men five to four, competition is fierce. Too soon the girls become too old to compete, but there still seems to be no end to the number who are young. Men never seem to be too old to participate.

On the frontier of the ex-Soviet Union, lies Odessa (appropriate description (lies) for what happens there with regard to western men coming there to seek a wife.) Men pay upwards of $3500 to go to Odessa, which has the reputation of being a very shabby tourist attraction. One older man who could well be representative of some men who go to Odessa, has been there six times for so-called romantic interludes. He says it boils down to his buying a good used car. He wants to try it out, before he decides whether to buy it or not – but in the meantime he has no complaints regarding the service. 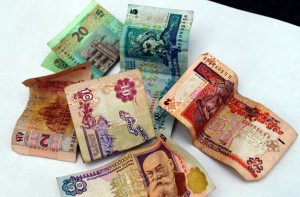 If girls participate in this adventure, they soon realize that they are being treated like objects and objects have no hearts. If a woman accepts that, then she’ll probably not be disappointed or experience heartbreak, but wouldn’t a woman’s self respect go out the window? But then, she might not care about self respect. In that case she’ll probably be very successful in selling herself which is what it amounts to.

Participating in this way of looking for a wealthy western man could probably be achieved in rare cases, but realistically it’s not a guaranteed way of finding a long lasting, loving relationship. Perhaps some women would surely gain from this experience, by becoming more mature and then look for a man who truly is interested in a loving, lasting marriage.