CharmDate.com Review: the site is a complete scam

Here is the big problem, I have with the site. Who is real and who is fake. I do believe some are really, yes. Do I feel most are fake and just making money, yes. So, the big question is how to determine the real from the fake.

I found communicated with a few women to try and figure this out. I did not chat, I let the letters come in to me first.. after just over a month on the site, there were over 500 letters in my box. This is enough to make your head spin around. I took the first 300 and went through pictures first. There were many duplicate letters from the same ladys. These were all the same, word for word no differences at all. I would take these as fake or a scam individuals. I did find a few from the same person and the letters were completely different.

After weeding though the letters, I then went through and picked out 4 lady’s to watch the times they are online. I looked over the profiles to see what these people do for work.. something a little strange was seen. These women were online till very early in the morning Ukraine time and I mean late.. 4am to 5am in the morning. Looks like someone had lied on the profile haha.. go figure.

A quick background on me. I am and internet security/forensic specialist. Easier way of saying, you can run but cannot hide. I will find you.

Continuing on – I took 2 lady’s of different ages, one close to my age (49) and another one who is listed as 24. I sent letters to each of them and waited for a replies. After a few letters with each lady and various question for each, I found some truths, but also some lies as well. Both did send personal pictures of themselves outside of the charm photo’s and I do know what they look like in real life ahead of time, because I did look them up. The younger one was caught in a few lies and I did call her on these. Her profile said she works are a programmer.. bad place to go with me haha. I know she is in school and what school. She came clean about this one quickly.

Another lie was over their Easter weekend. She told me she spent it with her family, because it was a special holiday there for them.. I asked her how she liked London. She told me that she was there 2 months before. I sent her a time and date stamped photo from London of her Easter weekend and of how far back she had been in London. But she keeps coming back with excuse after excuse. Them, she sent a letter addressed to me, but in the middle she had a line with another guys name listed haha. I called her on that one as well. 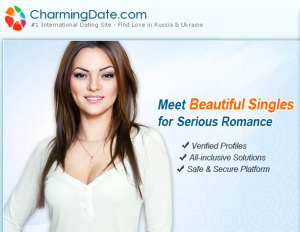 But, again she came back and told me that other guys do write the girls letters but she meant this letter for me.. hmm thinking a good game player here making good money. She had explained to me that most guys treat the girls like whores, by sending dirty pictures to them and so on. Well, kind of sounds like they are whoring without spreading the legs.. does it not?

The young one wanted to chat with me on camera to show me she is real and “True and honest”. The went out the door with all the lies. The older lady wants to video chat and we will see about that. One other thing I did was in chat, we sent voice messages over. The older lady’s was very clear, the younger one had peoples voices in the background. I asked about this and the next time there was no other sound but her voice.

The other thing, I found was the information provided as to where these lady’s live.. They were living in a place other than what was listed, but this was no real big deal. This is for the lady’s protection and I get this.
Another way to find the fakes, look at the number of letters you get daily. The younger lady would send about 5 letters a day. Now, figure this out money wise. If the lady is receiving 75 cents per every letter sent and 75 for all returns and she is doing this will 20 guys. Not a bad day making money. Chat, video chat, Lady call is another way they make money as well.

So, it the site a compete fake/scam.. maybe. Are the owners waving cash in front of the lady’s faces? I would have to say yes to this as well. The owners of the company are exploiting/whoring these women for money in place where the economy is weak. I will not judge these woman for wanting to make money… there are enough suckers out here with more money than brains it appears. I tried to fall for it, but with my background the internet is not a good place to play. I read the reviews before going to the site, but I to look for myself.

P.S. Personally, I would say the 55% rating is high, but this is just me. I found too many things that were not consistent, when conversing with just 2 lady’s on the site. The lady near my age will send a letter every other day with a new picture of herself, outside from the charm photo’s.