Cheryl Cole is an English pop and R&B recording artist who became famous after participating in a reality TV show known as “Popstars.” However, the latest newsworthy item on the celebrity, has little to do with her singing. Cheryl, now 27, is incensed by her face being featured as one of the many women looking for a husband on the popular website RussianBrides.org. In fact she is featured been displayed wearing a white cardigan just over the title of the website.

Readers can find this is another head shot of her next to the comment that says: “assess precisely what you’re looking for in your Russian & Ukrainian bride-to-be.” Although Cheryl did not see the advertisement herself, a friend revealed it to her, saying she would be extremely angry at this new blatant display of falseness.

Cheryl is one of the most beautiful women in the world and it is not surprising that many businesses want to use her image to attract customers. However, the false use of her image could lead to serious issues and even a lawsuit. 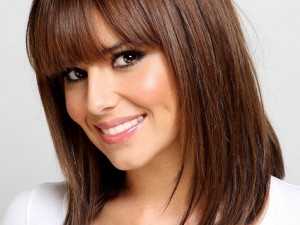 Because she is part of the public eye, Cole carefully chooses the products she endorses — and the Russian bride agency is definitely not one of them. In fact, she knew nothing about it: ..it is a deceptive advertising ploy and needs to be eliminated. This new exploitation comes just after pictures of Cheryl emerged promoting a Russian escort agency — another product she does not support. This Moscow Escort agency promoted Cheryl Cole along with other famous women such as Sarah Harding, Nicola Roberts, Kimberley Walsh and Nadine Cole as some of the most sophisticated girls waiting for you to call.

It seems that pictures of Cheryl Cole seemed to be extremely popular as this is just one abuse of many. In another, her image as the X-Factor judge is doctored into an X-rated pose of posted for sale on an auction website. This new fraudulent as posting on the Russian brides website are a mistake according to the Russian website owner, Irina Crebneva who does not even know and has never heard of the singer.