Finding love is probably one of the hardest things that anyone will ever have to do. The only thing that is necessary to prove this is to look at the number of people that are still searching for love after years and years of trying to find that special someone. Still others marry and divorce numerous times because there is something that is missing or that isn’t quite right.

People don’t typically marry a person with the idea of getting a divorce later on. They think they are in love, but something happens along the way and the love often disappears. In addition, men are traveling all the way to Ukraine in search of that special person that they can spend the rest of their lives with. The question is more about whether or not these individuals are really finding someone that is also looking for their significant other, or if they have simply been scammed by people in Ukraine in order to take their money. 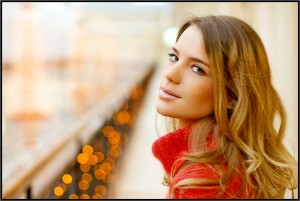 There is a great deal of unrest in Ukraine right now. However, that has not stopped people from traveling to the area in hopes of finding love. The problem is that most of the time when they travel over there, they find themselves spending tons of money on the person they are going over there to meet, as well as the trip itself. Unfortunately, they typically come home alone. They also come home with their wallets much lighter than they were before they left. Is this an unfortunate case of star crossed lovers or is it something more sinister?

Sadly, much of the events that have been going on in Ukraine have been tied to what amounts to the hijacking of one’s emotions. People are preying on the loneliness of men in other countries, mostly in advanced western countries such as the United States, who have tried to find love and struck out numerous times through more traditional means.

They then find someone on the Internet and the bait is essentially set. They are then instructed to come to Ukraine in order to meet this individual and they end up getting sucked into a vicious cycle where they are constantly handing out money right and left to someone who never had any intention of coming back with them in the first place.

This can be thought of as a variation of the world’s oldest profession. It is, in fact, a type of high tech prostitution ring that exists for the sole purpose of luring in people that are lonely and desperate and then taking their money. Most of these individuals are business professionals, as the people in Ukraine are not interested in dealing with anyone that does not have a great deal of money.

The worst part about it is that the people that are traveling to Ukraine are actually going there to find love. They travel over there with the idea that they will be bringing someone back with them that they can spend the rest of their lives with and they end up handing over their life savings and coming back with nothing.