Ukrainian online dating scams may happen to anyone. Former Arizona governor candidate, Cary Dolego can attest to that fact. Dolego fell for an internet dating scam and ended up homeless on the streets of the Ukraine. He wound up living on the streets after falling for what he believed was a Ukrainian woman wishing to marry him.

Dolego had sold his home and everything he owned to pay for the trip overseas. He believed he would be meeting and marrying a woman he had meet through an online dating site. She did not show up when Dolego arrived in the Ukraine. His funds ran out and Dolego ended up homeless.

The woman only known by the name, Yulia, ultimately arrived but told Dolego that her internet had been hacked. Yulia claimed she was unaware of the series of emails that had been exchanged with him using her name and pictures. 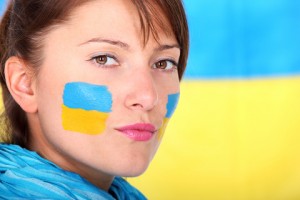 Social workers in the city of Chernivtsi, Ukraine found Dolego living among the homeless population. He was ill and hungry. The workers steered him to the American Embassy who helped him obtain a plane ticket. Dolego will be flying home to Arizona in a matter of days. Jim Wolf, American Embassy spokesman, stated that “We’ve heard lots of stories of Americans using Ukrainian dating services and hoping to find their future wives.”

Dolego was not forthcoming in why he had not turned to the American Embassy when the need first arose. The American Embassy helps with loans and gives support to Americans needing to find a way home. The social worker, Anastasia Beridze who first came upon Dolego believed he was “seeking an unusual experience.” She went on to claim that “It was a fun adventure for him.”

Mr. Dolego has arranged to live with one of his adult children and plans to look for work in Arizona. He has admitted to falling in love with the Ukraine and its culture and hopes to return one day. Dolego admitted in an interview that “I need a special lady, a Ukrainian lady so that we can start a life together.“