Gender Discrimination is Present But Fading In Ukraine

Many people now believe that gender discrimination is a thing of the past in Ukraine. The changes in access to the internet, global communications, and world trade are all contributing factors in this trend. Although the pattern still exists all over the world, including in places such as the United States and Europe, the numbers are on the decline.

Factors including globalization and diversity have added to the mix allowing potential job applicants and residents from other countries, both male and female to filter into Ukraine. This infiltration of diversified immigrants as well as younger Ukrainian civilians who have not experienced gender discrimination on the levels that their parents and grandparents may have witnessed, bring new perspective to Ukraine.

Making changes in strategic places will cause a trickle down effect that will begin to eradicate gender bias and gender discrimination. Making changes to the state and government of Ukraine is a vital beginning to this eradication. Policy changes as well as family support programs are needed in order to allow this change to occur. Family support programs are a necessary way to allow either or both parents to work while still caring for children who still live at home. 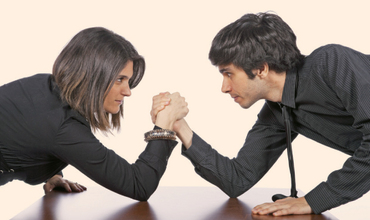 Many experts in the Ukraine support these statements with their own similar statements. Evhen Kopatko, a sociologist says that the United Nations discovered gender discrimination in the parliament but that they always do. Oleh Zarubinski, MP (Party of Regions faction)suggests that men have higher education and training than women so therefore they hold higher positions naturally. Ksenia Lyapina, MP (Batkivshchyna faction) feels that changing the system is the only way to make progress. Valery Tantsiura, ex-deputy minister for family, youth, and sport feels as if changes are far from being complete and that a lot needs to happen for gender equality to exist.

There are many opinions but the general trend seems to show that gender discrimination, while present, is on the decline in Ukraine. Changes to policies, laws, and public perception are vital elements to help the progression. Social activities such as increased education for both sexes, family support and childcare programs, as well as workplace restructuring are important to allowing families to adapt to the transition easier. Time as well will create change as generations come and go, adapting as they do.

More information on this issue you find here: