How to communicate with a Ukraine woman who doesn’t speak English?

Hmmm, I have gone down this route and I have to say it was (on more than one occasion) a costly and unsuccessful exercise. In the past I provided basic to intermediate level software – Rosetta Stone, but there was always problems with computers.

The translators I used during my visits were set up and paid to provide English language lessons – in this instance both women were very earnest and outwardly very grateful for this opportunity. One never bothered to show up for these lessons “too busy” but was always online on the dating web site (anastasiadate).

Her profile stated advanced English ability but when we met she could not speak English at all (we did talk before my first visit but she said at the time it was difficult to speak English on the telephone and she had not spoken English for some time and had lost the ability through lack of practice so needed a translator on the phone call – this is reasonable and understandable and I accepted her explanation). She was a charming girl and we got on well, or so it seemed, so on my second visit to Poltava I paid for lessons before I headed back to England – a complete waste as it turned out. 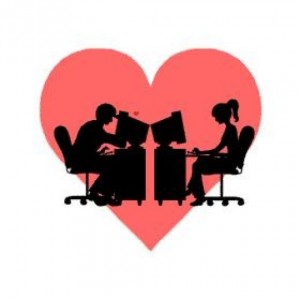 The second girl ran into financial difficulties and got the translator to give her the money I had paid for lessons. I gave her the benefit of the doubt as most people in Ukraine are finding day to day living very difficult. On the second visit to meet her and before my departure I paid again but for only 6 weeks of lessons.

I wired through money for a further 2 months when the time arrived to renew payment, but this time the funding ran out after only 4 weeks. So I enquired if she was taking more lessons per week as the reason why she needed the money again so soon. I said that it was OK to take extra lessons if she found this helpful, but I needed to know so that I could adjust my wired payments accordingly.

Normal bank transfers do not go through very easily or quickly to Ukraine and many of the new payment systems are not linked to the Ukraine banking system – Western Union is one of the few that works quickly, but there is quite a high fee and the money has to be collected. The payments for these lessons were paid to or wired to the translator providing the lessons by the way.

This time I received a very angry and hostile email reply – she was upset that I had asked questions rather than just pay up. Although she could not speak English she seemed to be able to make her feelings known using the written word, even if she could not apparently use the spoken one …

These days I first of all check if the girl I am about to communicate with can speak English. I make sure she has a Skype ID and once we are comfortable going outside the dating sites email system then we speak on Skype. If she has no English ability or it is basic then no matter how lovely or compatible she might seem, I don’t bother these days.

I know that might sound chauvinistic or that my expectations are too one sided, but I have been caught out too many times and although I remain optimistic about eventually finding a partner and wife, one also has to be realistic and communication is one of the fundamental keys to a successful relationship.