A bill introduced by Maria Cantwell (D) and Rick Larsen (D) congressional representatives from Washington state would make marriage brokers require each male who applies to the service undergo a criminal background check. The bill, itself, deals with mail-order brides and internet services. The idea for the bill came about after a Washington resident murdered his 20-year-old Russian mail-order bride after two years of marriage. There have been other highly-publicized cases involving mail-order brides that included abuse, sex slaves, and murder. However, three cases of murder involved the mail-order bride, while the fourth case involved the bride murdering her husband.

According to the United States Citizens and Immigration Services, a full 80 percent of these marriages are long-lasting and very loving. On average, between 4,000 and 6,000 mail-order marriages take place each year with 25,000 Russian women applying to these services to find husbands.

One case, in particular, a marriage between a Russian woman and an American man has produced two children and an admirable life. The mail-order bride stated that she had had several friends seek marriage to an American husband, and in some cases these unions ended due to personal differences. She did not know of any friends that divorced due to abusive behavior by the husband.

The bill will be the most intrusive legislation by the government upon an internet company, to date. It would seem almost irrelevant as the marriage brokers do require a mental health and criminal background check by men applying to their services.

In one case, the owner of one of these services has no objections to the requirement but states that abusive men will managed to find a wife, mail-order or not, regardless of restrictions placed on them through services or the government. Furthermore, the government requires a criminal background check when a man applies for a visa for a prospective bride. 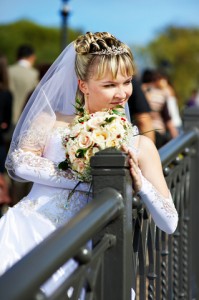 
The Australian government has placed limitations on mail-order brides after a highly publicized case in which the bride alleged abuse as a sex slave by her husband. They have labeled this type of union as “inappropriate immigration.” In Taiwan, marriage brokers charge a hefty sum of $10,000 for arranging marriages with the bride’s family receiving only $500 of the money and the broker receiving the rest.

There are limited statistics to indicate whether or not wide-spread abuse exists within mail-order marriages; however, services are required to provide the prospective bride with the information contained in the 1994 Violence Act Against Women. This information allows the mail-order bride to understand that she will not be bound in an abusive marriage.

There is a $20,000 fine against any agency that fails to provide the information to the woman in her own language. Regardless of steps taken to protect both the husband and the mail-order bride, some agencies have managed to operate slave, prostitution, and sex-trafficking rings under the guise of a legitimate mail-order bride service.