An arranged marriage is a truly ancient custom but this matchmatching can still be found in present times all over the world. Many American men are in search of women who will make extraordinary wives. While this custom may seem unbelievable to some, Natasha Spivack has made a career out of it. Natasha Spivack is a modern day woman who specializes in arranging marriages between these American men and Russian or Ukrainian women.

Working out of a small and very cramped apartment in Washington, DC, Natasha Spivack is just like any other woman who lives in the suburbs of DC. Her apartment boasts a large collection of photo albums full of couples that she has matched up. Her business, Encounters International, is run out of her apartment and is successful because of her own experiences.

After immigrating to the United States in 1985 from Russia, Natasha Spivack lost her husband due to a motorcycle accident. She found that living as a single mom in a new country was very lonely. Yet, she had no desire to join the dating scene. Instead, she focused on raising her children and building a career. So, Natasha began teaching Russian at a local university. During these years, she was able to provide for herself and her two sons. She dated here and there and then finally married again. 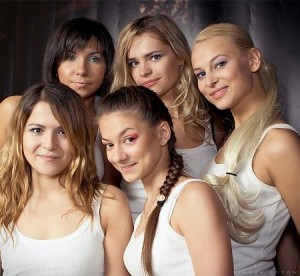 During a trip to Russia, she met with some of her girlfriends and saw how unhappy they all were. While many were single, she thought about ways for them to meet some great American men she knew they would love. This is how she became so inspired to start her matchmaking business. Most women desire stability in their lives and homes. The majority prefer a husband who treats them fairly, provides a nice home, and is supportive to their children. Fortunately, American men also want and desire the same things in life. Pairing up these women with American men would give both exactly what they want and need in their lives. So, Encounters International was born.

There are many different types of men who join Encounters International. The largest group are the divorced men. These men have lived the married life and know exactly what they want and don’t want in a marriage. They have usually lost their dating and social skills so Encounters International provides them with a little help in that department. Men who have never been married but know exactly what they want are another group of men who utilize the services of Natasha Spivack. These men may be too choosy but they know what they want so they go straight to a good source of finding it. Lastly, American men who have Russian or Ukrainian roots may use Encounters International as a way of reconnecting with their heritage and cultures. 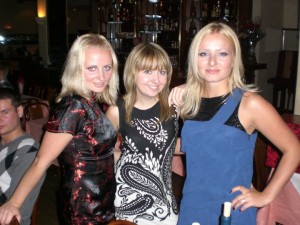 Although Encounters International has offices all over the world, Natasha Spivack still considers her office in Washington, DC base. Her home bases has paired up thousands of couples who are incredibly happy in their marriages and their lives. The divorce rate of Encounters International matches is very low although there have been a few. These divorces are usually due to an age gap or unreasonable expectations. However, it’s safe to say American men have relished in the beauty and joy they have experienced with their new brides.