Ukrainian women have been considered a great catch in the matrimony market. In fact, there are a lot of western men and other foreign men who hire services from marriage agencies to help them find their other halves whom they can spend the rest of their lives with.

Encounters International is an American marriage agency that was founded in Moscow and Washington. The agency aspires to bring together men from America and women from Ukraine and Russia. It cannot be denied that this type of marriage arrangement has gained popularity over the years and this has proliferated. In fact, it has been considered that the women of Ukraine are considered as the most flourishing export of the country.

The founder of Encounters International, Natasha Spivack, attests that the beauty of the Soviet women is the best kept secret during the Cold War. In addition to this, the Soviet women are also loyal and highly devoted to their husband, children, and their home. Ukrainian women are also considered more artistic and more submissive. 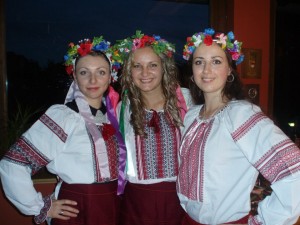 Men searching for a lifetime partner can opt to pay for a few dollars just for an address or they can pay up to $2,500 for a personalized service which would include interpreting and translation, guaranteed delivery of gifts and letters, and a preliminary assortment of Ukrainian women who would suit the requirements of each man. In addition to such services, Encounters International actually goes a step further with their guarantee. The guarantee would include finding a wife within the same year or they will give back the money that was paid.

The male clients of Encounters International have one common factor which is the dissatisfaction of their culture’s women. Basically, men who have strong family traditions search for wives abroad due to the alarming high divorce rate in the States. Moreover, these men also want to have a partner who has traditional ideas when it comes to having a family. Men who are recent divorcees would want a replacement for the family life that was broken without the unnecessary effort of dating. On the other hand, bachelors who have high marriage expectations are hoping to find a partner who is younger as well as more beautiful to fulfill the standards they have set.

Most of the male clients are between the age of 35 and 45. For the women the men chose, they can be as young as 17. Younger women without knowledge in English are acceptable as long as they are motivated to learn. On the other hand, women over the age of 30 will already have some knowledge about English. Male clients are more likely to choose women of this category as most men want to converse with them. There are also some restrictions of the qualities of the women. Women who are overweight are not eligible for this program.

The male clients are not subjected to any restrictions or conditions as they are the ones who will pay. The membership fee of Encounters International is $1,850. Both the men and the women need to prove their motivation by means of writing at least 5 letters per month. Another top agency with such program is the Ukrainian Girls International. This marriage agency does not have any screening procedures. For males who would want to have an address, they will need to pay $10. 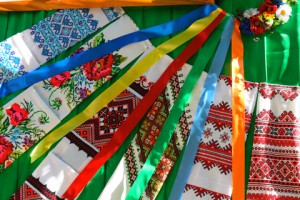 Basically, a lot of marriage agencies only provide their women little chance to be specific. However, the men are provided with a wide range of choices. In addition to this, each woman is only exposed to limited number of men. While some agencies like Encounters International keep a close tab on their women members, other marriage agencies admit that some of their female members may also be active members of other clubs and organizations.

The organizers of these clubs are well knowledgeable of the fact that most of the female members are joining because of their economic needs. In fact, many women consider America as a place of opportunity. However, the women would also want a partner who is reliable, supportive and responsible. Most Ukrainian men are not interested in committing to the idea of having a family while some cannot afford to have a family. By this stand, many Ukrainian women are left stranded. Thus, they seek for lifetime partners abroad.