Transcription of the video

Today we are talking about how we can recognize Ukrainian and Russian online dating scams and I’ll give you a few tips how to deal with them.

Why is this issue for discussion, you can ask me? The answer is pretty simple: despite the huge number of information and advice on dating scam, I still get a lot of mails from the readers of my Ukrainian dating blogs asking the questions like “I think I’m being scammed. What do I do?”, “Is this woman real or not?” and “How can I prevent becoming a victim of Internet dating fraud?”

Ukrainian and Russian online scams are more of a problem than most realize. Professional pro-daters and scammers have robbed Western men of their hard earned money than any other Internet scam out there today. Recognizing these scams before becoming a victim is the first step in scam prevention.

I would say Ukrainian and Russian brides in need of help are one of the biggest scams used today. The entire scam begins with a message from a Ukrainian woman that the woman is in “serious” need of money for a mother (or father) who was in a car accident (there are many other reasons for asking for money like English classes, Internet fees, etc.). It typically goes on to say that the help is needed as soon as possible.

Most unknowing men don’t think twice before sending money. Unfortunately, it is because most men aren’t thinking before sending the money at all. If a stranger had stopped this very same man on the street and asked for money, the answer would probably be NO. So why do you send money to the woman you hardly know or have never met her in person?

Another scam that is used by many so called Ukrainian and Russian women looking for a Western husband on International online dating services is the all too familiar “translator scam”. This is the scam in which weeks of great email correspondence, from a lovely Ukrainian bride, are followed by a sad message informing the man involved that the Ukrainian / Russian woman has lost her job and now has no money for translator fees to write her mails in English, German or French (or any other foreign language).

As for me, this scam is even worse than the first scam we discussed today in that it is a constant scam that can affect a man’s financial situation for a long period of time. It is a scam that is almost invisible because trust was closely built before any money was requested. Getting out of this scam, before it is too late, is not very likely so it is all in the prevention with this particular scam.

Here are three simple tips that can be used to deal with these Ukrainian and Russian online scams:

Tip #1 –The very important tip is simply not to deal with online correspondence in this way altogether. If the woman you hardly know asks you for money, run away! Save your time, money, and energy for realistic actions that you can see, feel, and touch.

Tip #2 – If you find yourself in a situation where a translator is requesting money for translation services, ask for documents identifying the translator. These could include official ID, car registration, tax ID, or any other form of official identification.

Tip #3 – The easiest way to recognize a scam is to realize that situations seem too good to be true (for example, you get too romantic mails from your Ukrainian or Russian lady although you hardly know each other, the woman looks like a top model, she fell in love with you too quickly, and so on). Never send money to someone you don’t know or that you just met online. If you can’t verify the identification of the individual on the other end of the conversation, it is highly likely that you are about to be scammed.

In conclusion, I would like to say that there is nothing wrong with wanting to find someone special to spend your life with. It is wrong, however, to entrust your feelings and money to unknown “brides” who are only out to damage you. Be aware and prevent Ukrainian and Russian online scams from happening today. 🙂

I wish you a lot of luck in searching a special Ukrainian and Russian wife! 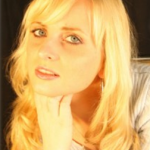