“The Woman of Your Dreams Just May Have A Russian Accent“, this is the slogan for Encounters International, which is a marriage service that organizes marriages between Russian women and men of the United States. The company was founded in 1993 by Encounters International’s president, Natasha Spivack. Spivack has been actively lobbying as a dominant official of the Stop Abusive and Violent Environments, or SAVE Services, in encouraging the House of Representatives to compress the protective services for immigrants noted within the Violence Against Women Act (VAWA).

SAVE Services is an advocacy group that have been pressing for a “reform to curb VAWA immigration fraud” in their version of the House of Representatives bill. Confidentiality protection is stricken for immigrant women in the GOP transcription of the bill by requiring that abused women admit to allegedly abusive husbands their intention of applying for a protected immigrant status. The GOP’s version of the bill also eliminates the possible channel that would originally allow immigrant women to opportunity of permanent U.S. citizenship. 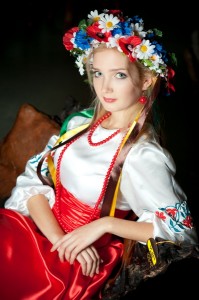 During a meeting Monday night, the House Judiciary Committee was informed of the formidable connections that SAVE Services and Encounters International maintain. Rosie Hidalgo, the director of public policy for Casa de Esperanza, an anti-domestic violence organization, also informed the Republican members that despite arguments from Spivack, there has not been documented immigration fraud by U.S. anti-domestic violence organizations. So, why would Spivack stimulate the decreasing of protection for immigrant women? Due to a previous incident that occurred, monetary gain is believed to be the underlying purpose.

Spivack claims that she and her company were victims of immigration fraud, which was her reason for lobbying with SAVE. In her statements, Spivack was referring to incident that ultimately looked down upon the morals of Spivack and her marriage service company. Beginning in 1999, a Russian woman was matched to an American husband by Encounters International, that began to physically and verbally abuse her. The Russian bride, who’s name is withheld, sued Encounters International on the grounds that Spivack and the company purposely neglected to inform her of the U.S. law that allows immigrant abuse victims to get out of abusive marriages without being automatically deported upon divorce.

The victims lawsuit also included the accusation that Encounters International did not properly screen the American bachelors before arranging the marriage, which led the long abusive occurrence. The Russian bride confided in Spivack on numerous occasions regarding the mental and physical abuse by her husband James Fox, in which Spivack took no action to defer the abusive relationship. In regards to the beatings, Spivack was also reported having told the Russian woman that all American men are crazy and that she could either do what her husband said or be deported back to her home in the Ukraine. 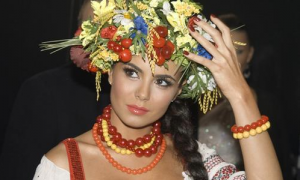 Spivack continued to deny the accusations, stating that the Russian woman was lying about the situation in order to defraud the immigration system. However, a jury concluded unanimously in favor of the Russian woman, compensating her $434,000 in punitive damages. Her case was appealed but affirmed upon request. The U.S. Court of Appeals found that Spivack was indeed not defrauded, her Russian client was abused on multiple occasions, Spivack knew of the constant abuse and did not assist her client, and that she concealed protection from the victim by choosing not to tell her of the immigration laws that would have removed her from the situation without being forced to deport.

Many of the Republican members of the House Judiciary Committee repeatedly enumerated that the cause for the GOP version of the bill lowering the protection services for immigrant women is due to immigration fraud. During the House markup on Tuesday, in reference to immigration fraud, Chairman Lamar Smith (R-Texas) stated, “Immigrants who perpetuate fraud in order to get visas or U.S. citizenship devalue U.S. immigration laws and hurt legitimate victims who are the intended beneficiaries of the generous programs we have established.”. The sponsor of the GOP bill, representative Sandy Adams (R-Fl.) followed the notations that the bill will further reduce the amount of U.S. immigration fraud. Further during the markup conference, the GOP version of the bill was called a “flat-out attack on women” by Rep. John Conyers (D-Mich.0) on the grounds on diminishing the protection qualities for immigrant women.

Rosie Hidalgo and the Casa de Esperanza organization feel the GOP’s adaptation of the bill to be an awful deed in regards to the immigrant women who suffer the abuse, as well as the many organizations that strive to protect the abuse victims and assist them in making positive changes. Hidalgo made a statement that indicated concern and sympathy for the many immigrant women who encounter abusive arranged marriages. She states that the majority of the House Judiciary Committee who support the reformation of the bill are not researching the lack of fraud cases in these incidents and are not interviewing the DHS or any others who handle immigrant fraud cases.