In a rather shocking turn of events, Australian actress Sophie Monk was informed by 2DayFM that her image was used to try and lure them into signing up for a dating site! The users uploaded a Twitter photo on Monday that appeared to be a mass spam email that used Sophie’s countenance to ensnare young single men with her bewitching looks. 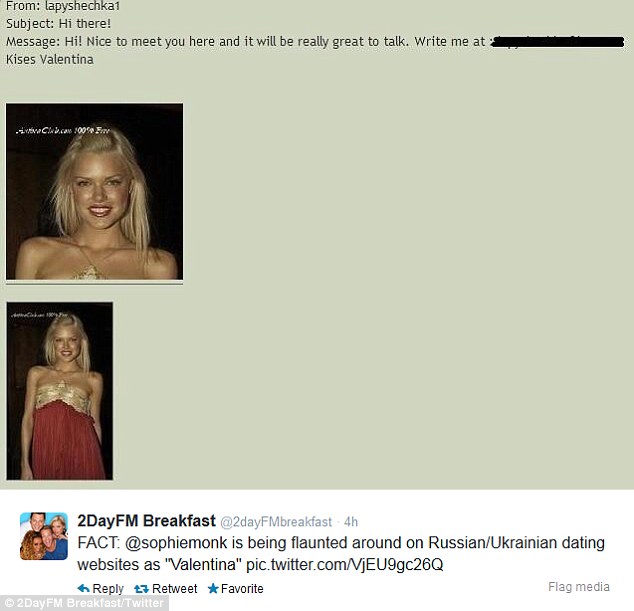 The mass spam email is purportedly from a young woman named “Valentina”. She is attempting in the email to lure recipients of the email to an online dating site. The image used to represent “Valentina”, however, is a picture of Sophie herself from her younger years. Judging from the hairstyle and her overall appearance and smile, it’s most likely a picture from her Bardot days. 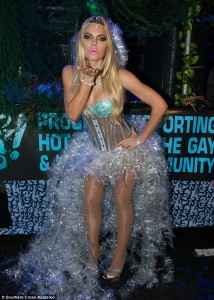 The dating site seems to be a Russian and Ukrainian online dating service that caters primarily to that audience, and that fact might explain why the image had gone unnoticed for so long. When reached for a statement, Sophie commented that “It was pretty funny but I was shocked. I feel sorry for the guys who get conned into these sites.” 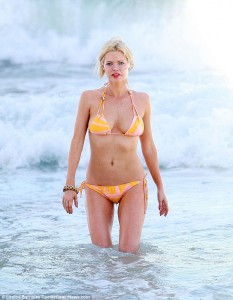 Sophie’s got more important things to worry about than her spam email doppelganger, though her beauty and smile is sure to trap more than a few young Russian hopefuls looking to seduce “Valentina”. She’s used to being the apple of anyone’s eye, and in fact was last seen sporting a very fetching corset and tutu combo at a Mardi Gras festival in Sydney.