After having a few experiences myself and reading some of those reviews, I decided to tell about some of my own experiences with women met on Anastasiadate.com.

Two years ago, I had contact with a girl from Moldova, but we didn’t manage to meet at all – I waited for about ½ hour at McDonald’s after receiving her suggestion about a meeting; but she didn’t show up.
Since I shortly after got the opportunity to meet with another girl I had corresponded with, this time in Ukraine, I decided not to hang around in Moldova but rather continue my trip to Ukraine right away and meet with this other girl.

We spent a couple of hours together during three days in a row – first day was a relatively expensive dinner, too – her interpreter and female friend were there as well – and the next couple of days we went to a park and had a reasonable breakfast. It didn’t work out however, and after a while we stopped corresponding.

As of this moment I’ve just met a third girl in Ukraine. We walked through the pedestrian lanes initially and had something as simple as a pizza later, and the next day we met again, taking another walk as the day before.

I got her cell phone number the first day and even her mail address the next, so we have the opportunity to communicate by other means now; not just via Anastasiadate, which – in my opinion – is relatively expensive. 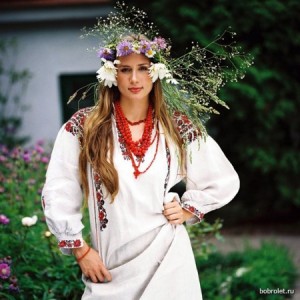 Anyway, now I have to make the choice about paying for her passport and visa, as well as her loss of income when she’s going to meet me some time soon. I trust her though; she was very genuine when we met and the look in her eyes and her smile when we had that pizza, told me a enough to place my bets on this girl.

I’ve heard and read quite a lot about scamming and I’ve even corresponded with some from Russia – one girl suddenly wanted me to send money so that her grandmother could have an operation. Of course I refused this instantly and shortly after we broke contact.

One of my friends happened to chat with a girl from Africa for some time – he later sent her some 1.500 USD so she could come to Denmark, and he never heard from her again. Anyway, I have a good feeling about the girl I’ve just met. She seems genuine and honest, and I believe it’s impossible to fake the look in her eyes and that smile – the look that told me she had to be the one. c”,)