The beautiful love shared by John and Marta would not exist today were it not for the Anastasia Web.com. John describes his meeting with Marta as completely unexpected. As he was about to log out, after a short browsing session, he noticed a picture of a lovely lady named Marta.

Even though John’s prior plan was to log off from the site, he decided to get in touch with the lady in the picture. Little did he know that this would forever remain one best decision he has made in his life. Marta’s response to the chat was instant and so they both conversed. John felt as if he had known the woman he had just met for many years. Their first full-hour conversation was enough to know that they were made for each other.

From that moment on, John and Marta became two inseparable love-birds that would they not sleep without chatting. Finally they agreed to meet in Odessa in May 2010. John admitted in his message to AnastansiaWeb that they were both apprehensive and nervous about their first real encounter. Endless questions without answers bombarded John’s mind as the plane landed at the airport. As John entered the parking lot, still confused about the meeting, he felt a pair of arms around his waist. The grip felt feminine, and was definitely Marta’s. The couple’s long embrace and first kiss offended many travelers, but it did not matter, they knew they were in love. 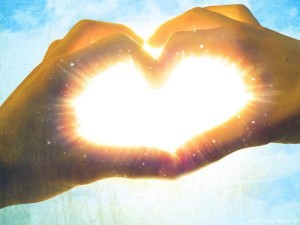 Marta spoke a little English and John a little Russian. Their first meeting would have faced the worst language barrier were it not for Marta’s future sister-in-law. Convinced that she was the right woman for him, John returned to America. In August 2010 he visited again for 14 days, toured Marta’s country, and most importantly met her brother and her mom. In November 2010, John made another visit with a special goal in mind: to meet both of Marta’s parents and ask for her hand in marriage. The two lovers are now happily married and are forever grateful for what AnastaciaWeb did for them.