I would like to share my experience with you about my trip to the Ukraine and offer some advice to men considering finding a wife.

Ukrainian and Russian women have been have been constantly exploited for sex by men from different countries traveling to these countries for that sole purpose. They have promised these women their false sincerity and promises of marriage breaking their hearts and letting them down into deep despair.

As a result women from these countries have very little trust in regard to the sincerity of foreign men even if many men are truly sincere. They have to pay the price from the wrongs created by men that were insincere. It has created a very big problem that complexes find a wife and it has made the cost of finding a foreign wife astronomically expensive. 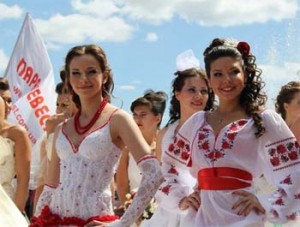 During this 8 month period our written communication was about developing a relationship leading to marriage and family. All of the women I communicated with claimed to desire a good man for the same purpose and our letter to each other were reflective of this mutual intent. So after many months of writing online through emails and chat at an expense of nearly $9,000.00 + dollars by invitation I made arrangements to travel to the Ukraine to meet the women I had written to for eight months.

In September of 2012 I arrived in Kiev, Ukraine took a taxi to my booked hotel and the next day contacted a woman I had been writing to for eight months. Her reply even asking me to come to the Ukraine was “I cannot meet with you.” So my first week in Kiev was spent taxing around the city touring the different historical sites.

After a week I got in contact with a woman from Nikolaev, Ukraine that invited me and that claimed she wanted to meet me that I had also written for eight months. So, I took a bus from Kiev to Nikolaev and arrived at my booked hotel. As soon as I arrived I called her number, the same number I used to contact her before I left Kiev and I could not reach her. I sent her emails for three days and also repeatedly called trying to reach her in Nikolaev with no result. After photo touring around Nikolaev for four days, I contacted another woman I had written to for eight months in Kharkov, Ukraine through email who wanted to see me there.

Then I took a taxi to Kharkov, to my booked hotel. Upon my arrival in Kharkov I contacted this woman and made arrangements to meet with her and an interpreter for dinner. Agency interpreter fee are 20.00 per hour and taxi fare for both plus the cost of dinner. On the average for a four to five hour meeting total cost is between 280.00 to 300.00 for each meeting including dinner cost for three people not including any gift you may desire to buy for your date. I met with this woman four times and our first meeting was honestly similar to having met someone for the first time at a bus stop an hour before; no mention of our correspondence for eight months about a relationship and marriage ever was discussed.

After the third date I brought it up with the interpreter at our third dinner and all that was said was a request to send her an invitation to visit the U.S. through the government. At the end of the third date I tried to kiss her good night before she and the interpreter went home and she refused. Earlier that evening I had bought her a nice pair of boots she liked for 300.00 as a gift. At this point I was disappointed and felt hurt honestly by her rejection and lack of communication about the development of a relationship and I told myself that our fourth meeting would be our last if I felt again distance and a lack of our becoming close to each other again.

Sure enough at the end of our fourth date together I tried to kiss her and hold her and she refused completely. It was obvious to me an attraction towards each other was non-existent and that no relationship can be built like this. The next day I called her cancelled or flowing date and told her I had to leave which I did. Again I tried to contact the woman in Nikolaev through email and she was very apologetic and asked me to forgive her because she was ill in the hospital at the time I tried to meet with her. So, back to Nikolaev I went again by Taxi arriving at my booked hotel.

The next day and for three consecutive days I met with the woman from Nikolaev and her interpreter going to different places together in Nikolaev and eating at nice restaurants. At the end for the third evening I tried to kiss my date good night and she refused to kiss me. I couldn’t believe it especially after we had been discussing being together as a couple during the day. During the third day this woman explained to me that she had to have surgery and I gave her 800.00 to help her get the surgery she needed.

On the fourth day I met with them in the morning and spent most of the day with them again doing things together. In the morning of the fourth day I asked my date to come with me to a private place in the lobby of the hotel and I again I tried to kiss her and she refused. We walked a short distance into the restaurant where the interpreter was waiting and when we sat down I began having a conversation with my dates interpreter about my dates intensions as she had claimed to want us to become engaged. 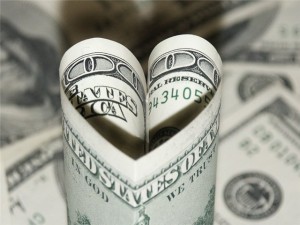 I told her interpreter that I didn’t think my date was sincere about saying she wanted us to become engaged when she doesn’t even desire to kiss her proposed fiancée. I was passively furious about it inside trying to control getting loud in the restaurant about it. Then her interpreter said that she had met and American man and those they had agreed to become engaged and that they were never intimate until his fourth trip to the Ukraine.

I told her it wasn’t normal and I told her I do not believe my date has sincere feeling of engagement with me if she will not even allow me to kiss her. The Interpreter’s reply was that “I am being selfish.” Immediately I got up alone and left the restaurant leaving them both there while I went to take a walk. I had had it and needed to calm down before I lost it. I was away from the for about 20 minutes cooling down and debating to myself if I even needed to come back at all.

Finally I returned and said let’s just spend the day together. At the end of the fourth evening finally my date allowed me to kiss her good night. Thank you, LOL. She also told me that she had to go into the hospital the following morning and would not be able to see me for four days while she was in the hospital.

I said to her I will come see you in the hospital and bring you flowers and she said she didn’t want me to see her in the hospital that her mother would be there with her. Very unusual but again I had pretty much ad it with the days previous events, kissed her goodnight and told her that I would be going to Odessa for three days while she was in the hospital.