This review is the second part of the post “Ukrainian romantic trip review by Christopher“.

The next morning off to Odessa I went again to tour the city and meet yet another person and her interpreter. I met once with my date in Odessa and spent the day touring the city and having dinner together. We were not very compatible and after the first date I spent the next two days alone touring Odessa with an English speaking taxi driver who was honestly a nice tour guide.

After this I was contacted by the woman in Nikolaev that met with me with her interpreter for two more days asked me for 700.00 to help her with her medical problem (kidney stones requiring surgery), and that after the second meeting that she would be in the hospital for two weeks. I told her I had to return to America as at that point I had been in the Ukraine nearly a month. We never became intimate with each other and I just felt that any woman that claimed to want to marry a man and had no desire to be romantically intimate with him is not being truthful with him. 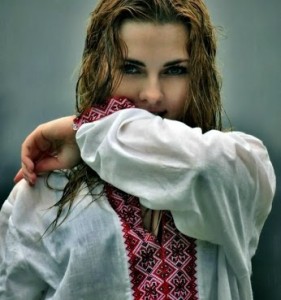 So the next day she had to enter the hospital as she claimed and I took a taxi back to Kiev, Ukraine where I stayed another 14 days. During that 14 days I met two other women with the help of an interpreter. The first was a lawyer working in a shoe store. We met and went to dinner, went shopping where I bought my date a nice coat and the next day my date wanted to meet for lunch at her work. I said I will bring something to your work and we can eat lunch together when you have your lunch break she agreed that this was a good idea.

When I told the taxi driver what had happened he became so angry more than I was about it. We had worked so hard together to get that pizza and get there on time so this woman and I could have lunch with each other who had agreed to do this with me. The taxi driver and I were tired and astonished and it took us three hours to get back to our hotel. Unbelievable God!

The next day my interpreter friend helped me to meet another woman that I really liked a lot but at the end of the day this woman told me that she thought I was too old for her and her son and we didn’t meet again. Two days later this same interpreter introduced me to someone else and I went with the interpreter, her young son my date and her young daughter spending the day together in Cherniv together. I wasn’t attracted to my date and told the interpreter that was not interested. I took a taxi back to Kiev that evening arriving at my hotel around midnight. I stayed in Kiev for two more days and then returned empty handed to the U.S.

The cost of my total trip not including online correspondence was $22,000.00 USD. I do not drink or go to clubs and bars as I am a Christian, knowing maybe I would have had a more romantic time had I gone there instead. But I could not do this.

So this is my experience with meeting people from reputable online foreign dating sites and believing women that claim to want a good man and a family life. I am still alone in life even after this now going on eight years. 🙁