She was born in the cold Siberian steppes of Russia, to a poor family who lived quite humbly. When Maria was 16 years old, she won a Miss Russia beauty contest: This came as a surprise only to her, because although she was quite beautiful, she was also very modest and had no idea she was stunning. Very tall, with long hair and an expressive face that reflected intelligence and sophistication, she turned heads wherever she went..

Modeling scouts from all over the world went to Russia twice a year to find beautiful girls they could send to Paris, Milan and New York – and earn commissions. One of these talent scouts, struck by her singular beauty, stopped Maria on the street. Her modeling career really took off after this. He got her so much work; she became famous in the modeling world. She became s style icon, gracing the covers of many fashion magazines in New York and throughout the world. She eventually married a British real estate heir and had three children. Even so she continued working. 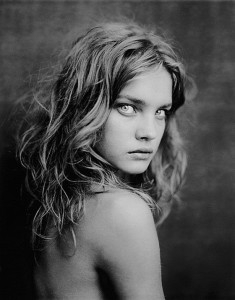 She also studied Kundilini Yoga, and began to teach it when she had time. She raised millions of Euros for charity, which was used to build playgrounds for children all over Russia. Although her work took her all over the world she was so busy modeling she had no time to see any of the sights, even in her beloved Russia.

From Poverty to Fame

People may have thought she was famous only because she was beautiful. But don’t forget: she came from a land of beautiful women. She was a rarity: beauty and intelligence, combined with an unforgettable face which could be fresh or sophisticated, depending on the market.

Video: Secrets behind of Russian beauties