We as men have to do whatever we want

Do not spend ONE CENT on those lying little scabs from the Ukraine, they are PAID to write and chat with you! Half the time you’re chatting with a MAN! You would have to be retarded to believe there lies (I had one girl tell me she was just waking up after a hard day, at 11:00 at night!)

When I questioned her about it, she just stopped talking, only girl getting up at 11 or 12 at night is either a stripper or hooker! DON’T BE STUPID because your lonely guys, I have realized that even though I am fairly handsome I WILL BE ALONE UNTIL THE DAY I DIE, and so will many of you.

This is a man’s world, we do not have to tolerate lying and cheating because the neighbors do not do, nor do we have to marry. Let people call you gay behind your back because you don’t have a wife, his has probably cheated on him already, oh but she made a mistake? And we are supposed to understand and tolerate this shit? 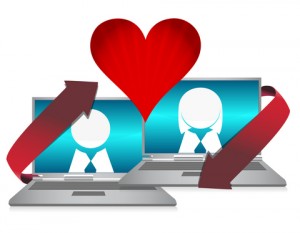 NEVER, I don’t tolerate lying, cheating or disrespect from any bitch. Thank you and I never will. Life is hard for single people that don’t have lives, get a hooby, go to the gym, smoke a joint and play play station and embrace not having to take some little b… bullshit! Not all women are like this but try to find one that doesn’t have an x-boyfriend hanging around, or who doesn’t expect you to let her do whatever she wants, good luck.

Be glad you don’t have to take anyone’s shit, it’s called being a BACHELOR, lie, f… whenever you want, cheat on her with her friend. WE ARE MEN lets act like it, this is our world, break the bitches heart fellas, not the other way around.

I am no misogynist but the day we started letting women do whatever the f… they want was a bad day for all men, it’s true.

WE AS MEN have to do whatever we want!