A shocking dating experience with a Western man

I would like to tell you my story about one of my International dating experiments which is not a failure but is a little bit strange. And I am still in shock…

Our communication via Skype was natural and normal. We just told each other that only online communication is not ok and we need to meet in person. Within a month, we exchanged messages in Skype discussing our first meeting in person. I live in St. Pete and wanted therefore to meet somewhere on neutral territory. Thus I proposed Helsinki as a territory for our first date and he agreed.

Then we began looking for dates which would suit to us both. Then, we began looking for flights but all the possible flights did not suit and he asked to meet in another country. The man sent me a list of different countries in Europe and I thought that Stockholm could be a nice place for your meeting. So we booked two flights and made hotel reservation. 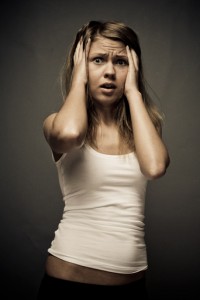 A week before the meeting… Because we were online seldom, we sent sms to each other. The man wrote me a sms every day! But I must say that the messages were nice and demonstrated his interest.

For 2 days prior to departure to Sweden, he stopped to send me messages. I believed that the man is very busy; thus he has no time to write me. On the last day before the flight, I started to worry and sent a message to him. I was wondering what happened.

The answer was silence. There was no reply a few hours later again. Silence… 🙁

I immediately thought of return tickets and stay at home, and then decided to go to Sweden to visit a friend of mine. I cannot describe my emotions and feelings while I was at this hotel. I decided I wanted to go back to Russia immediately and bought a new ticket. So I flew on the same day back.

He has never written to me again. Moreover, I see him again on the online dating site as if nothing had happened. Honestly, I do not understand this man. Why? Maybe dating Russian women is only fun for him? 🙁