I just wanted to let you know that I am enjoying your website and appreciate your common sense ‘native’ advice.  I had been in Ukraine  twice and became interested in, then lost interest in, finding a FSU wife.  I decided ten years ago that all the cross cultural, distance, and language hassles just were not ‘worth the bother’.

I stopped my membership to a dating service but they sent me occasional emails which I would delete.  And then I opened an email and the eyes of a certain woman bored into my soul.

I waited several days, trying to get a grip on myself “Do not fall in love with a picture” went through my mind.  Well, we have been communicating via email for one year and this past July (2012) I traveled to Sumy to meet her.  We both were so nervous we could  barely speak as we met at a restaurant and proceeded to try to get to know each other a little.

Thank God I thought to buy an electronic translator.  Her English is not so good and my Russian (working on it) is almost nonexistent.  Well,  for six days we would meet at restaurant, share pictures and such then walk around town through parks and various sites. 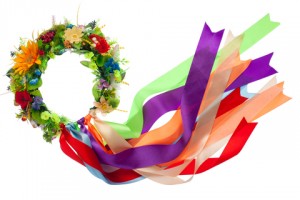 I was prompted to write when I read about ‘Ukrainian attitudes toward kissing’ because other than the European (three) cheek kissing, there was none.  And no other source discusses this issue, as well as so many others which you touch on and which are so very important to understand.

So, Irina and I continue our communication and I will be going back for another visit soon.

Thank you for your advice.