It was May of 2011 when I first contacted Natasha. I was nervous at first, but she emailed me right back. The first, starting email soon grew to a handful, and then dozens, often with several per day. After that we began to call each other as well as texting on a semi-regular basis. I could tell that I’d found someone special, and by August of that year we’d both agreed I should come visit her in Kyiv.

I was standing at my hotel desk, just checking in, when Natasha surprised me. She came out of the corner of my eye, threw her arms around me and kissed me. Then, being my hostess and guide to the city she came up to my room and helped me get settled in. I decided that unpacking could wait till later though, left my luggage in my room and insisted on taking Natasha out and spending time with her.

It was a wonderful, almost magical, few days I spent with Natasha. She showed me her city, introduced me to her daughter, and we walked miles and miles through parks and around city streets as we found restaurants and cafes where we could sit and talk for hours on end. I was barely back home in the U.K. before I decided to start taking the steps to get Natasha a visitor’s visa. 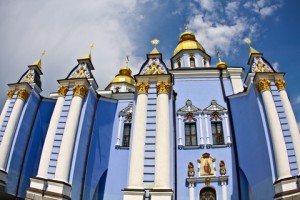 
After all, I wanted to see her again and it was only fair that I host as well. In fact I was so enamored that I proposed to her via email. The waiting was almost too much for me, but she replied at 11 a.m. with a long and emphatic yes. I do need to propose to her the proper way once she arrives, and then once that’s done we can start the process of getting her moved her together.

In the end, I wanted to thank Elena’s Models, because without them I never would have found Natasha in the first place. While it might be hard for some members, especially those who have been discouraged because they haven’t found “the one” just yet, my advice is to keep at it and stay positive! If you look hard enough and you’re open with what you want and what you’re looking for, all it takes is time for you to find your future mate out there. Once again, thank you Elena Petrova and Elena’s Models, from the bottom of my heart!