I would like to tell you about my 3 different trips to Ukraine. I like many foreign men sent many letters and spent a lot of time in chat on the site which I might add is very expensive. I started to use Anastasia site more than 18 months ago.

In chat the lady I first felt attracted to was very explicit and made sexual comments on how she liked to be f…..ed and what she would do when I arrived. But the truth is when I met her I was told by a translator her mother was ill and she had to leave Odessa and go to the countryside. But she would be back in a few days and everything will be good but when she came back I had another meeting with her and a translator.

I told her through the translator I would not meet her anymore with a translator and she agreed to this. So the next day we met and went shopping. She was very cold and distant to me. When we went for a meal she chose the most expensive thing on the menu and when I questioned this she got angry and asked me for 300 uah. But I refused her request. I did not hear from her again – surprise surprise…

My next visit was another lady from Odessa. I spent a week in Odessa and we had 4 meetings the same pattern arose expensive meals and expensive taxi fares. So once again no love, romance or passion – just money to be spent. My third trip was even more disturbing: I traveled to Odessa again with the intention of proposing to my lady who she asked to do to prove my commitment and love. I bought a engagement ring for around 5oo dollars and presented it to her. 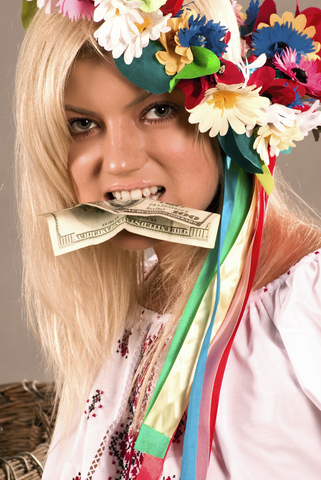 The translator told me she could not give me answer she needed time to think about my offer. But at least on my last day she gave me her email address. When I returned back in the UK we exchanged over 60 emails which I was happy with. Then she dropped a bomb shell and told me I don’t spend enough money in chat on the site and she could not communicate with me anymore ..
So as you can see I do not believe that there are genuine women on Anastasia site. Just a bunch of scammers and devious people in the agencies that these women are registered with. My friend is a translator in Odessa and he used to work for Anastasia as a translator and in his own honest words told me that all the women on Anastasia are just using foreign men to fund their lives because their salaries are so low.

So please be warned – don’t use this site! Just learn some Russian language and go to Kiev and meet normal girls who don’t belong to dating sites. This is the best way to find a wife in Ukraine.
Best of luck guys! Be careful ………..