What to do after being scammed in Russian / Ukrainan online dating?

It’s amazing that you offer this kind service!

I have very negative experience with a girl on a dating site. I corresponded with a girl for more than 3 years. When I first visited her after writing 6 months, just one day before I arrived her city, the agency said that he was in a hospital because of appendix surgery! So I couldn’t meet her.

I visited her last winter again, but this time without notice in advance. I could meet her. But she acted very strange and quite cold. Considering such long time of correspondence of more than 3 years, her attitude was too cold. I stayed at her city for 10 days, but she gave me only 4 times of dating, altogether just 8 hours. I was so disappointed, so I wrote a sad and quite harsh letter. Then she said we did not fit to each other and she said good bye.

After that I tried to recover our relationship by all means but every attempt proved to be in vain. Then this summer I happened to find her VK blog. I researched her blog for more than 2 months, and recently I found she had a secret boyfriend in her city. I am so sad that she kissed him and has been dating with him while she and I were in a great relationship for the last 3 years. And yet her profile is still on the agency, luring other new men!

I think I need to take some measures to stop her fooling foreign men like me who try to find true love with sincere hearts. I already got all the photos and messages and letters as the evidence for her cheating and lying. 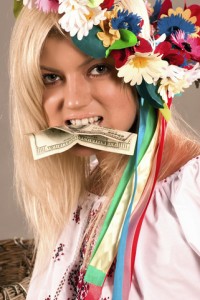 I realized recently that she lied many times, namely:

I now know her full name, her real birthday and birth year, her address, her university, her hometown. I think I can find where her secret boyfriend works. I think she is not a scammer but a cheater and liar. I want to damage her and the site in any way possible. And I have a friend who is an advocate working in Kiev.

And I want to sue her and the site. Is there possibility to win if I sue against a dating site for the reason that they didn’t do their best in selecting their lady members? Maybe punitive damages?
Or just raising a law suit against her, I want to make her bankrupt as she made me spend more than $4000 until now.

Can I hear your advice? 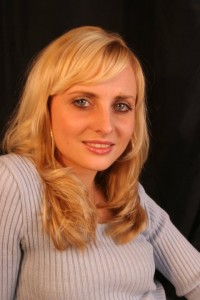 1) Reporting the scammer to the appropriate agencies and adding their names to one of the scam lists can stop them from hurting others in the future.

99% of correspondence from Russian women men receive through Internet dating sites is actually from scammers – fake identities created by computer criminals with the pure goal of extracting money from gullible victims. The prevalent scheme is to request money for airplane tickets to be sent by Western Union to a receiver in Russia.

The profile on the site may say the person is in the United States, Australia, or another country, but in their email they say they are from Russia. This is the first warning sign you are contacted by a fake

So, Steve, if you have sent money to this person, it is gone. There is very little to no chance of getting it back. From my experience, your money is gone and there is nothing you can do. Maybe your friend, a lawyer who lives in Ukraine, can help you and report the woman’s scam actions to the local police.

2) You can report this woman as a fake to the agency you went through.

You can lodge a formal complaint with the agency, and against the agency if you feel they were complicit in the scam. You can then take what real information you have about this woman, or man, and post it as a real profile on social networks as a warning to others. You can inform the administration of the site about the person you feel cheated and scammed you. You can ask them to check the persons personality information and verify the IP address they used.

3) Then if you want to do even more, you can make sure the woman or man you are talking to is really a dating scammer. If you feel they are really guilty, you can add them to all the numerous Russian/Ukrainian dating scam lists. It is a good idea to share your story and experiences with other users of online dating sites. You may not be able to get your money back, but you can save someone else from being scammed.

May I ask you what a dating site you have been using?

I wish you a lot of luck in Ukrainian dating adventure!