I am so glad to find your blog while googling. I am wondering if you were already aware of “mypartnerforever.com”. 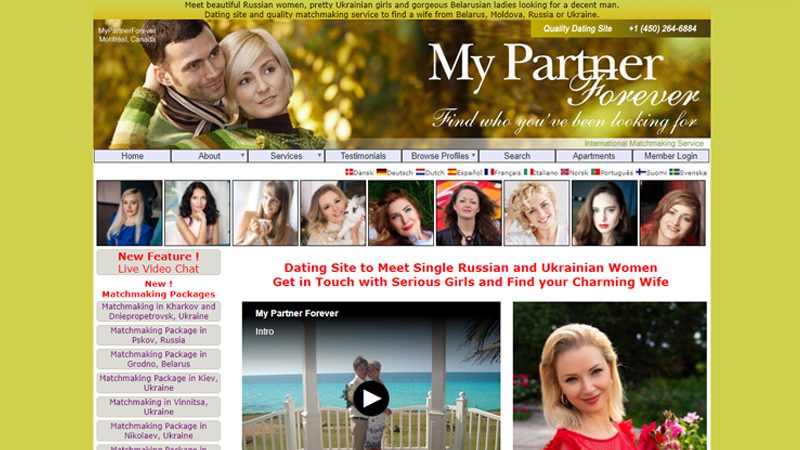 Mypartnerforever top priority is to make sure every Russian or Ukrainian woman on website is real, single and honestly seeking a foreign husband.

There are hundreds of marriage agencies out there and unfortunately, many are scammers.

The only way to make the difference between the good ones and the bad ones is to meet woman in their offices. Mypartnerforever verify their way of work, make sure they have met every Russian or Ukrainian woman in person and have a copy of her passport.

mypartnerforever.com Review: Is it scam or legit?

On my google search, I couldn’t find many negative reviews as much as other scammer sites like natashaclub.com or anastasiadate.com. Which means that it is the reliable site more than other major online dating sites where many scammer or prodater exist? Please bring this site on your blogs and let us share any experience. Also, your professional comment about the site will be helpful.

Thank you for your time.

First I would like to say you thank you for your message especially for your compliments about my site.
Very nice! I am always happy about positive reviews of my readers. 🙂

In addition, the owners of mypartnerforever.com are a married couple who met on the Internet. So on their online dating experience they run this site. But it is not so important; what customers are saying about this site is much more important. Thus, I did a recherche and found the following reviews on the internet. S. here:

Reading these few notes about mypartnerforever I also decided to add something. I’ve never been much of a romantic…. I don’t really believe in love at first sight, or soul mates, and far prefer my relationship to be based on practical criteria over emotions.

With all the ladies here in America with whom I was having relationship we just had common interests, good conversations, similar values etc. But there are few things that I’ve always wanted in a relationship, that might be considered “romantic” + “romantic with a really sensual beautiful lady” So that’s why I decided to try one of these dating sites.

So my advice to all – reading all kind of information via internet is nice but that does not mean that if one is destined to be a loser forever – you will be a loser with some pretty young kitten also a loser! My advice do not listen but try and give yourself a chance…

Interesting to know Looking for Ukrainian women for dating, you should know that communicating at a distance, people need much more time to get to know each other better, understand each other’s character, and get acquainted with each other’s bad habits and hobbies. In other words, it takes more time to get to know a person well. Such relationships require a lot of work, a strong desire, and the faith in their possible further development from both people. After all, in a relationship with a Ukrainian woman, sometimes there will some doubts about the ability to successfully develop it further.

Hello, I am from Berlin, Germany and I wanted to talk about a site after reading about them: My Partner Forever. I can speak English a bit and I want to agree with what I read that they have bias in them against other people of different colors!

I know that some may not believe me but that is what they can say but I know my experience and I am one who does not believe in telling a lie about things like these and believe everyone should be treated fairly regardless of their different colors! I am so disappointed with them that I am recommending that these people never be trusted nor their site!

I cannot stand for things that hurt other people! These people and their site really are bias and although I had doubts about what I had read after dealing with these people I will not trust this site or owners and I do not think anyone else should also trust them!

Unfortunately I am the victum of a website dating and marriage scam. Completely caught me by surprise. I decided to use a foreign lady website to try my luck at finding my lifetime partner.

This is the most correct way to describe this site founded by Alain Lalonde and Yuliya Kuneyeva.  One should not let their smiling faces fool you because behind the smile lies that which is sinister in appearance and that is their racially challenged site reflecting their own racially challenged ways!

Thought I would share some recent experiences wrapping up my involvement with this “agency”. In reality it is a Canadian facade in the form of a website that essentially offers profiles from a number of agencies in Ukraine and other FSU nations.

They put their stamp on the photos, offer links to existing services and, of course, increase the cost of each of these services; some of which can be found directly and more cheaply by going to a website run by the actual agency on the ground. In addition to inflating the cost of the services, MPF claims to monitor or have “verified” profiles.

In my experience I ran into the usual slew of unsolicited letters from nubiles who apparently ignore their own age guidelines or seek geriatric partners for the thrill. I ran into two “pro letter writers”. The first occurred early on and was actually one of my prime go to meet ladies, but when I tried to move our correspondence to email outside the site, she faded away. The most recent flurry came just prior to my coming to Ukraine – I’m typing this on my last night in Kiev, with my flight leaving early in the morning.

I wrote back and forth for a week or so. “Anna” was quick to suggest we had known one another in a previous life and now that she had found me, happiness was at hand. “Great luck” I told her, because I’m going to be in Ukraine in a few days, what magical timing!! Most of you can guess what happened next…..she stops writing……days go by (previously she had been pumping out a letter a day) and finally I get a one sentence reply “Busy at work, can’t see you….”.

So I spent my last few credits sending her a page of ” $#&* you scammer” and a photo of my middle finger extended. No need to translate as I posted my letter in Russian and the photo, well, that speaks a universal language I think. Juvenile, perhaps? Satisfying? You bet.

Interesting to know Being engaged in Ukrainian women dating, you should know that you can lose a lot without knowing each other’s language perfectly. When you speak, you use your own words and intonations, peculiar only to you. And it would be incomprehensible in the case when you have different native languages – all will be lost. You will have to speak as simply as possible so that she understands you.

As you see, the company has both positive and negative reviews. This is normal for me because not every Western man finds his destiny from Russia or Ukraine on the Internet. Very often, such a failure occurs for two reasons: the first reason is a false choice of a dating site/marriage agency and as a result of that, the man becomes a scam victim. The second reason is that a Western man has false or rather unrealistic expectations of women from Ukraine and Russia.

Almost every International dating/marriage/matchmaking agency presents Ukrainian and Russian women as angels who dream to be house holders and have no personal wishes. Thus, many Western men are disappointed after the first meeting with a Ukrainian or Russian woman in person because they find out that we Ukrainian women have high requirements to the men.As you see, the company has both positive and negative reviews. This is normal for me because not every Western man finds his destiny from Russia or Ukraine on the Internet.

Very often, such a failure occurs for two reasons: the first reason is a false choice of a dating site/marriage agency and as a result of that, the man becomes a scam victim. The second reason is that a Western man has false or rather unrealistic expectations of women from Ukraine and Russia. Almost every International dating/marriage/matchmaking agency presents Ukrainian and Russian women as angels who dream to be house holders and have no personal wishes.

Thus, many Western men are disappointed after the first meeting with a Ukrainian or Russian woman in person because they find out that we Ukrainian women have high requirements to the men.

Because I have never used their services, I cannot recommend you to use this site. So you have to make your own decision if you want to use the services of mypartnerforever.com or not. It would be really great if you could share your experience with the readers of my blog. 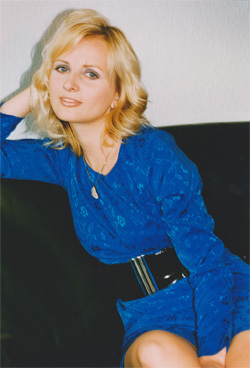 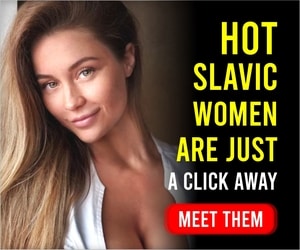