When Ukrainian and Russian ladies marry foreign men, it is not all about money. There are other issues at play such as partnership and love.

The reasons for these weddings are varied, and there are a number of people who say that these are only done for the money. Russian and Slavic men tend to blame their women for leaving and chasing after money. This may be true in some situations. Everyone wants to have a better life for themselves and their children. This enables kids to live better and provides them with all the benefits that are offered in the modern world.

Every woman wants to be able to provide for their children, and this was true thousands of years ago. During the Stone Age, women were attracted to the most successful hunters who could provide for them and their families. Success in the modern world is often measured by the amount of money that a person is capable of earning. Girls are also attracted to men who may not be earning much at the current moment, but they recognize something of value in him. There is no one that would enter a relationship in the hopes of being in a struggle their entire lives.

There will always be gold diggers, but they do not need to be Russian or Ukrainian. Simply look at the story of Anna Nicole Smith. She married a Texas oil tycoon who was worth billions and more than twice as old as she was. I doubt if she has one drop of Ukrainian blood in her. In this situation, I find it hard to believe that the attraction was based on his personality. These relationships occur every day and are not dependent on the nationality of the woman or man.

All of the women I know, who are Ukrainian or Russian, and have married a man from the United States or Europe, developed their relationship naturally. There were the beginning throes of physical attraction, periods of doubt and separation as well as the growing feeling of love that began to pervade the relationship. It is not all about money, there is something special that exists in all of these relationships and is hard to define. It is ineffable, but it is there and is the reason why these relationships are successful and last. If it were all about the money most of these unions would have dissipated years ago.

It is also more accepted for women to marry men from abroad. This same thing used to happen when there were numerous small villages throughout the Ukraine. Women would marry and then move to other villages. Women also seem to pick up foreign trends more easily than men. 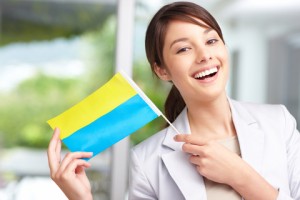 Another reason for the growing popularity of this type of marriage is the way that gender relationships transpire in modern Russian society. In a traditional society, the women are often undereducated and dependent on their husband for support. These women may think they are being treated with respect, but I would venture that they are more gold diggers than women who marry abroad. We are often educated with a college degree and often earn just as much as our husbands. We can make our own decisions and provide for ourselves. Women who live in modern Western societies earn their respect, and they usually end up receiving it because of the work they have contributed for themselves and their families.

Many of the countries that used to be in the Soviet Union fall in the middle range of Western society and Ukrainian villages. Often, the women are educated and successful, yet they are often treated like village peasants.

Another issue, that is more common in the Ukraine or Russia, is how the housework is shared. I used to live in Kyiv with a man, and I not only earned more money than he did but also did all of the chores around the house. When I left him, all of the older women said I was crazy because he did not beat me, drink or mess around with other women. I simply was not fulfilled in our relationship and moved forward with my life. 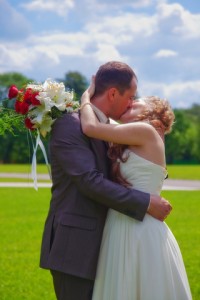 I now live in the U.S., have a beautiful baby boy and a great career. I also have a husband who is American and earns a rewarding salary. He could support me if I lost my job, but I could also provide for the family if he lost his career.

About the author: Tetiana Vorozhko is a native Ukrainian married to a U.S. citizen, lives in Vienna, Virginia. She has a master’s degree in journalism from Ohio University.